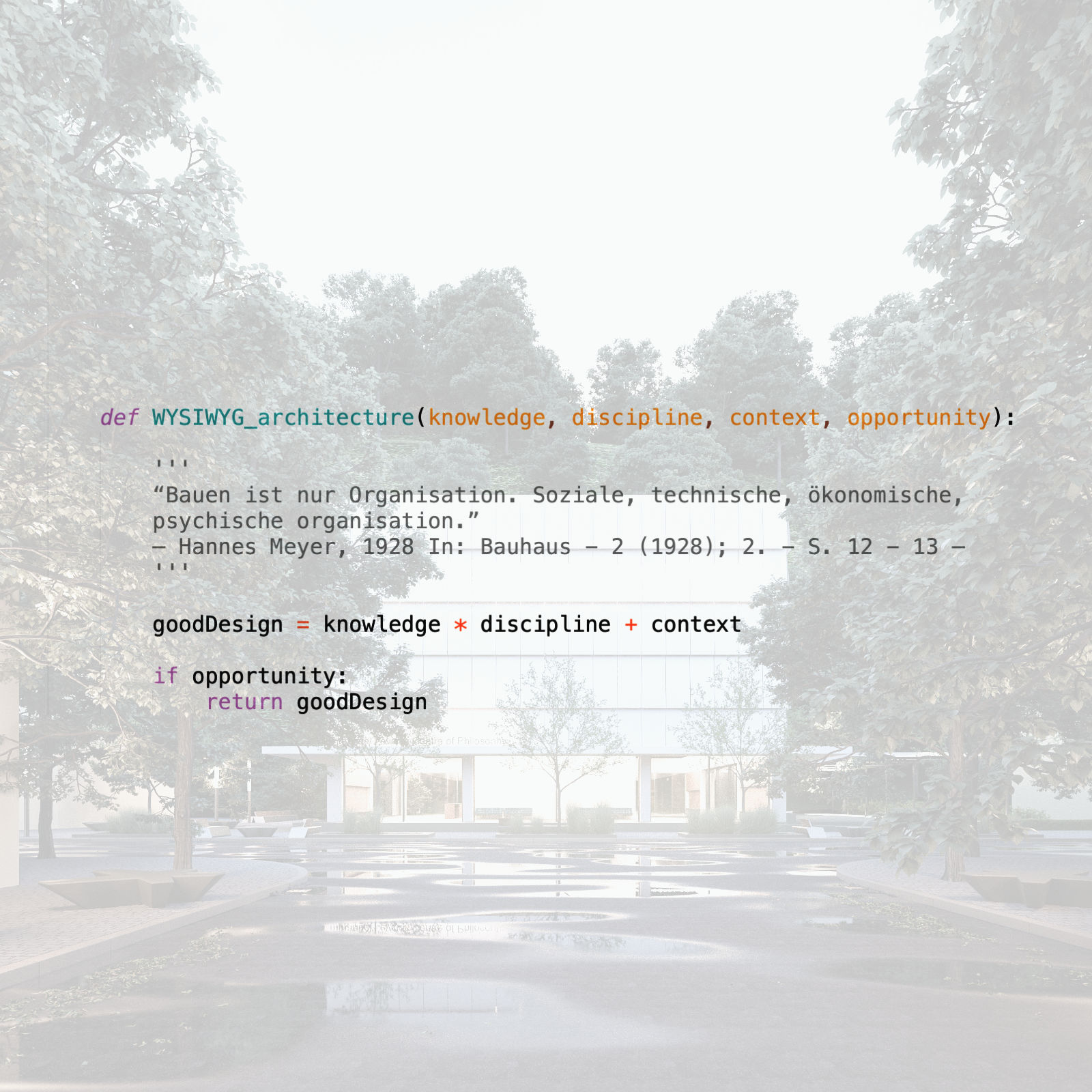 The bidirectional relationship between architectural and software engineering terms have likely occurred to anyone who works in the intersection of these areas (geekier architects, 3D modellers, BIM managers/experts, archviz artists, the list could go on), and as such I often enjoy reading articles in the field of SE. Recently, I came across an interesting article published in The Atlantic, written by James Somers. It had a few core ideas that I think are worth exploring and translating to the architectural realm.

INTRODUCTION: Software is “eating the world”

The dependence on the always (d)evolving and increasingly complex software is frightening to me at some level. It is not just the profession that grew insanely complex in the past few decades (also blurring the definition of what an architect should/would/could do), but the underlying infrastructure of practicing as well. In the current curriculum the use of computers is becoming accepted, though a few years back hand drawn submissions were the norm and computer aided drafting was not encouraged, if not explicitly forbidden in certain courses. There lies a contradiction, because the professional world demands inherently deep knowledge and high-level capabilities in the use of not only drafting programs, but BIM and visualisation applications too. This is not a problem by itself: a well crafted 3D model worths its digital weight in gold: clash detection, quantity take-offs, up-to-date visualisation improves client satisfaction and reduces the number of mistakes later on. These statements are only valid, whether the workflows are right: in the case of an inadequate utilisation, it becomes overwhelming to manage and maintain the consistency of virtual parts of the built environment.  What happens when barely anyone teaches – or worse: knows – how to use computers to really aid design? We get to a point where digital media creation is outsourced, directly leading to less controlled planning.

Although buildings are thoroughly built (ideally) virtually, just a few examples are shown how to deliver a plan from A to Z during the curriculum – with cheap gear. By the end, for an average architectural workflow, you could easily spend a solid car’s budget on software only. Various BIM authoring and general 3D modelling tools cost a fortune, not to mention the hardware they require.

Recent advancement in software licensing, the birth of the SaaS (Software as a Service) model makes things even more complicated: and increasing proportion of the workflow is no owned, but rented. If you store all your intellectual property in formats, which could be locked away from you, e.g. when a recession hits and you can’t afford subscriptions anymore (or the money is rather spent on R&D), who really owns that intellectual property? Isn’t it worrying? A lot of articles were written about this issue, the most I found were CG related, I wonder why the AEC industry hasn’t rebelled yet.

In another blog post, Neil Blevins’s summary is a really good one, if you are interested:
1. You can’t open old files.
2. The subscription price can be increased
3. Lack of incentive to innovate
4. Your software can be EOL’d (End-of-life)
5. The software company can discontinue your software for legal/political reasons

I got curious, and tried to find if there are any benefits:
1. Reduced time to benefit
2. Lower costs
3. Scalability and integration
4. New releases (upgrades)
5. Easy to use and perform proof of concepts

I’m not so sure about them. Cloud computing is not something that can be leveraged in building design yet (as of writing this blogpost). In theory technology and the sheer power is there: the bandwidth isn’t. The issue is similar to cloud gaming, working with 10fps or really blurry screens is not fun at all. It also assumes, that the newer the better, I silently beg to differ. Annual releases are bad for everyone, except stakeholders: software engineers are pressurized to coal for proper burnout, customers are annoyed with half-baked releases each year. I haven’t had the pleasure yet to buy a nice Singer 911 from the annual bonus, that might change my mind…

I found the section in The Atlantic’s article quite interesting, where Chris Granger’s approach is described, who worked as a lead software developer on Visual Studio. He examined programmers for a month and a half, how they work, what features are important in the IDE (Integrated Development Environment) for their work. He came to the conclusion, that most parts are irrelevant.

“(…)programmers were like chess players trying to play with a blindfold on—so much of their mental energy is spent just trying to picture where the pieces are that there’s hardly any left over to think about the game itself. (…)“

The real challenge was to move the actual act of writing text into an editor as close to the end product as possible.

I recommend you read the article, it is an interesting one, because in the end design is the same: for the creative process you only need the bare bones of any software, somehow this essence is buried under shiny and fancy features. The gap is easy to understand: older professionals rarely have the time/will to submerge into the virtual realm, it is usually the path of the young: there has to be an understanding of both how digital pipelines work and how buildings are built, otherwise digital world will have a huge impact on the real one: let’s call this SHS (Sketchup House Syndrome), which means that the program, when not intuitive enough, will inherently dictate shapes and solutions – according to the law of the smaller resistance.

I think it is time to start explaining how all this relates to the idea of creating spaces. If architecture can neither be defined as a technical trade nor as purely art, but a part of human culture whose medium is space and matter, it has to be admitted, that traditional drafting of technical drawings or the making of 3D models (or physical models) are relatable to the idea of programming (which is writing instructions is a strictly structured textual form to achieve the desired action, performed by the computer). Drawing is less abstract and not that strict, for sure, but the most important qualities still get redacted: how light is filtered through the boundaries of exterior and interior, what material properties are imagined in the design. We now have equipment that let us create virtual worlds with ease, and technology is also there to get accurate lighting feedback and materiality from the plans. This as a giant leap forward, as traditional hand drafted plans and computer drawings are able to show precise proportions and can be rendered to an aesthetically pleasing way, but they most often completely lack reality. Abstraction in representation has its place without doubt and has to be used, but the possibility to create images resembling reality must also be considered: it can help to condense decades of experience and intuition.

Valuable and timeless architecture is tied tightly to its context: the local climate, weather, local materials, building methods, etc. These can be evaluated with the help of software, often in a very flexible, parametric way. Don’t limit your thinking to the blobs and funky shapes when you hear the word “parametric” when it is used to describe architecture or the planning process, it is possibly mistaken with “parametricism”. The ability to test the changes in energy demand, solar access, materials, with the help of cleverly assessing variable aspects of a design (and its parameters) gives far more valuable and rich meaning. But as it is often discussed on the related forums, one must use these tools wisely.

Smart use of technology not only gives a better understanding of what is going to be, I believe the ethical constraints drive this attitude. In a rapidly changing world, where humanity faces existential threats due to the changing climate, it is our responsibility to build as little and as clever as possible to minimise the footprints of future buildings. It takes us through meticulous planning and evaluation to achieve this. Does this mean that we don’t have to focus on aesthetical qualities anymore? That’s not the case, not only evaluating tools grew like mushrooms, but visualisation too. The pace at which GPU based rendering evolved in this decade is mind-blowing. Render times are at a fraction that they were, not to mention that realtime visualisation are almost there in where the high-end still images were in image quality around 2010.

Even a few years back some big names in the archviz scene accomplished stunning results (the Vineyard competition), some competitors like Juraj Talcik said that realtime visualisation is just not there yet (at his level:) ). Some people created environments hardly distinguishable from reality for the average people (koola’s UE4 archviz scenes), though. These recent, cutting edge engines are the ones to use as an architect: close to real life illumination is very important when determining the orientation and proportions of openings, moods and materials.

Still images are directional, you can control what narrative you wish to tell, whereas VR environments lack control and are better used for design evaluation. Shows clients,contractors and less spatially literate people what they are getting – the CGI looks like the finished buildings in this case. Often you can see developers creating renders that look completely different than the house, but you want to have something that looks exactly the same, that is buildable – now we are talking about WYSIWYG architecture.

WYSIWYG (What You See Is What You Get) architecture

If the technology is there and the software solutions are given, why is the public opinion so bad about visualisations? Are the so many undelivered promises that anger people (misguided public projects, unfulfilled promises)? There are numerous cases where the initial design promised something entirely different to the built house in the end. Why is that, whose fault it is, the architect’s, their colleague’s, or the politician’s who communicates a project early on in an unclear state, or is it the entire chain of command?

In theory it should help all involved parties to build what is agreed to. It is possible to visualise fully coordinated BIM models in real time, movement is not constrained to still cameras anymore, which has obvious upsides: most people in decision-making positions are not trained in reconstructing technical documentation into three dimensional, textured and lit spatial images.

Is this important at all? Well, yes and no. From a financial and investment point of view, WYSIWYG planning processes are a no-brainer: although it means some additional cost during the preparation and planning phase, but it vastly reduces risk and the need for budget overhead. From an economical point of view, it is also quite straightforward: properly quantified (required amounts of material, less waste, etc.), better calculated (overall energy consumption, thermal bridging, LCA, etc.) and coordinated (clash detection) construction, that can be sold (visualisation). For production, a definite and undoubtable YES.

The (conceptual) design process is a harder nut to crack, as good design falls in between art and engineering. You can quote the amount of time and resources spent on drafting, but there is added intellectual value that doesn’t require anything more than a piece of trace paper and a good 6B pencil. The foundations of a good built environment are still not laid in VR and BIM, all the parametric studies need to have context to make any sense. The foundation is the idea, and the best medium to get those ideas out of your head are your hands.

The same thing as with a nice movie or a lingerie: if everything is shown right in the beginning, what’s the point? 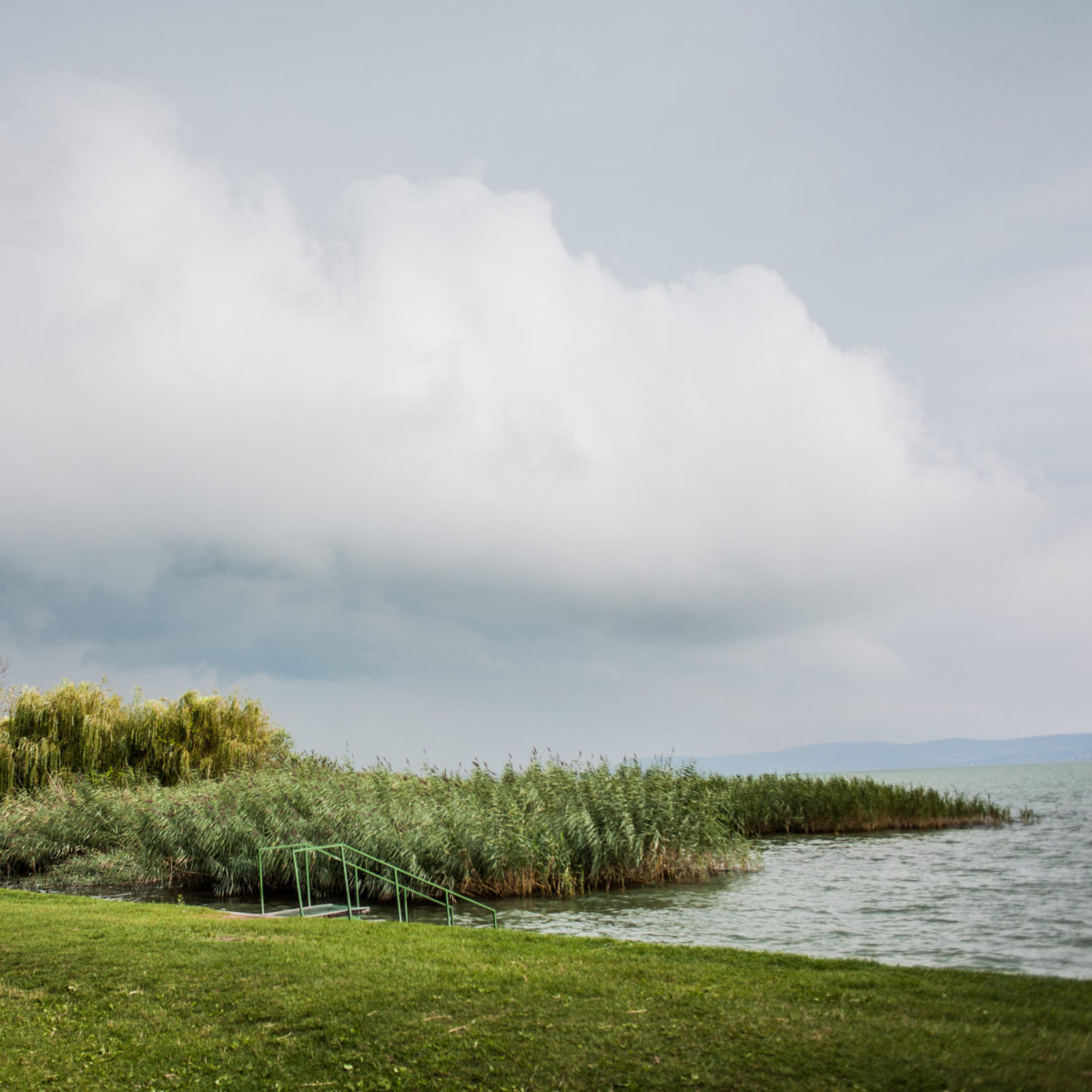